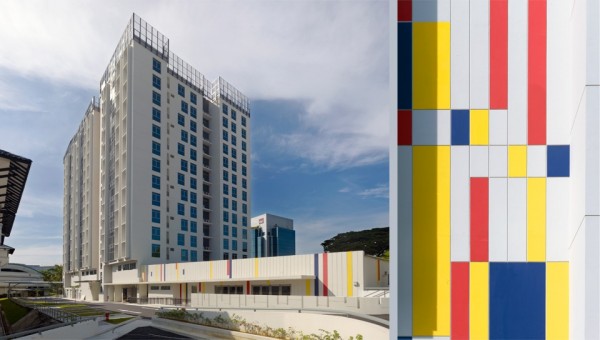 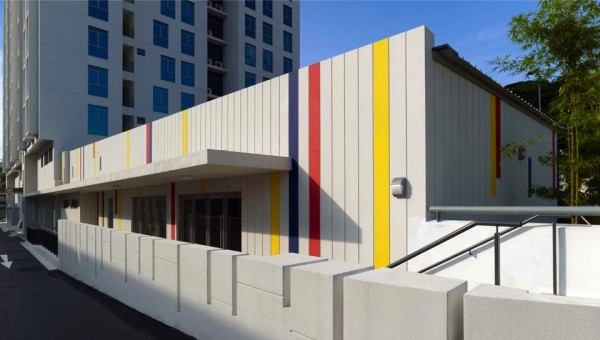 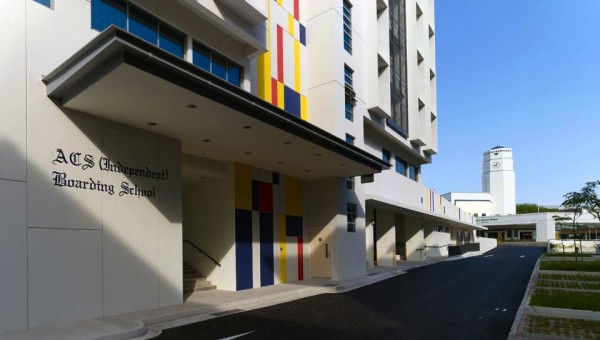 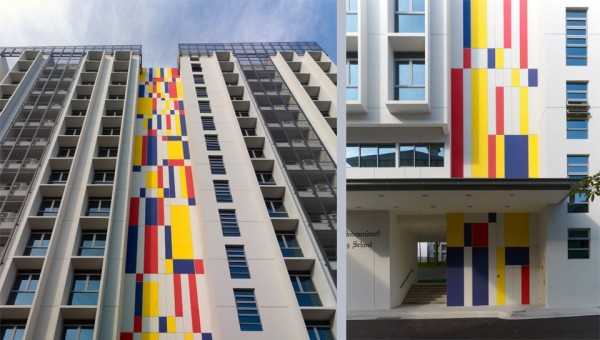 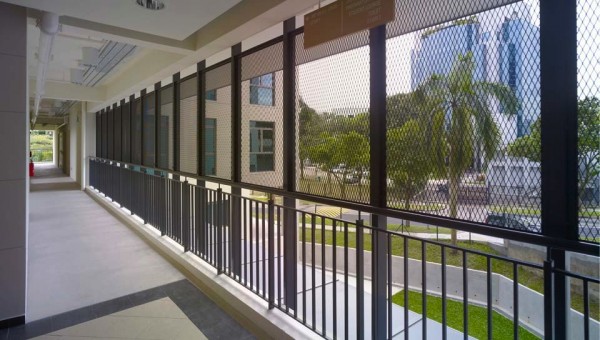 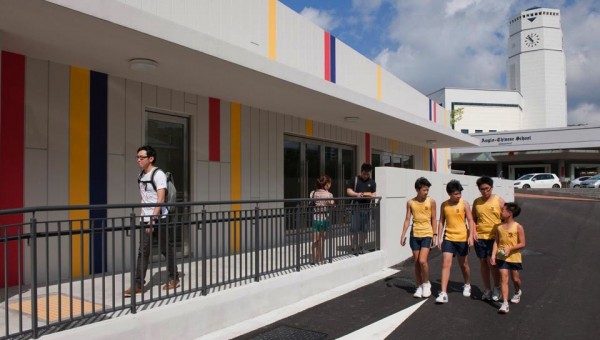 Project Brief
The proposed Anglo-Chinese School (Independent) Hostel at Dover Road is an expansion of the existing hostel to cater for 300 new boarders and 25 staff (house masters) with its integrated common facilities for the boarders and staffs.

Site Context
The site is located at the existing basketball court site bounded by Anglo-Chinese School (Independent)’s campus internal roads and facing the 5-storey existing hostel. It is an elongated triangular site with its long side facing east-west.

Design
Due to site constraint and MOE (Ministry of Education)’s GFA requirement of 10,200 sqm (i.e. 34 sqm per boarder), the new student hostel has to be designed as a 14-storey slab block with 1-storey double volume dining hall in order to fit into the site configuration.

The new ACS(I) Hostel is planned in such a way that it minimizes circulation space and enhances interaction between boarders. The Hostel comprises of 6 halls student hostel for 300 boarders (i.e. 50 boarders for each hall) and 25 staff units. Each hall occupies 2 levels. The lower level caters for student common facilities (such as reading room and student lounge), dormitory rooms and staff unit, whereas upper level is solely for dormitory rooms and staff units only. Other common facilities such as dining hall, kitchen, laundry and M&E plant rooms are located on 1st storey, while administrative office and medical centre are located on 2nd storey.

Block Orientation
Due to site configuration, the two longest facades of the proposed block are facing the east-west orientation. In order to minimize direct east and west sun, most rooms are configured around a central open courtyard so that window openings can be positioned facing north-south direction. Where rooms are not facing the open courtyard, sun-shading canopy and screen are provided on the east and west facade of the block.

Security & Accessibility
For hostel security control, lifts will be programmed for public to access to 2nd storey administrative office only, while students are provided with card access to enter each hall at the upper levels. 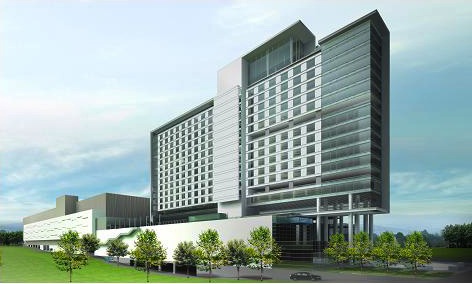 ASCENDAS IT PARK AND OFFICES 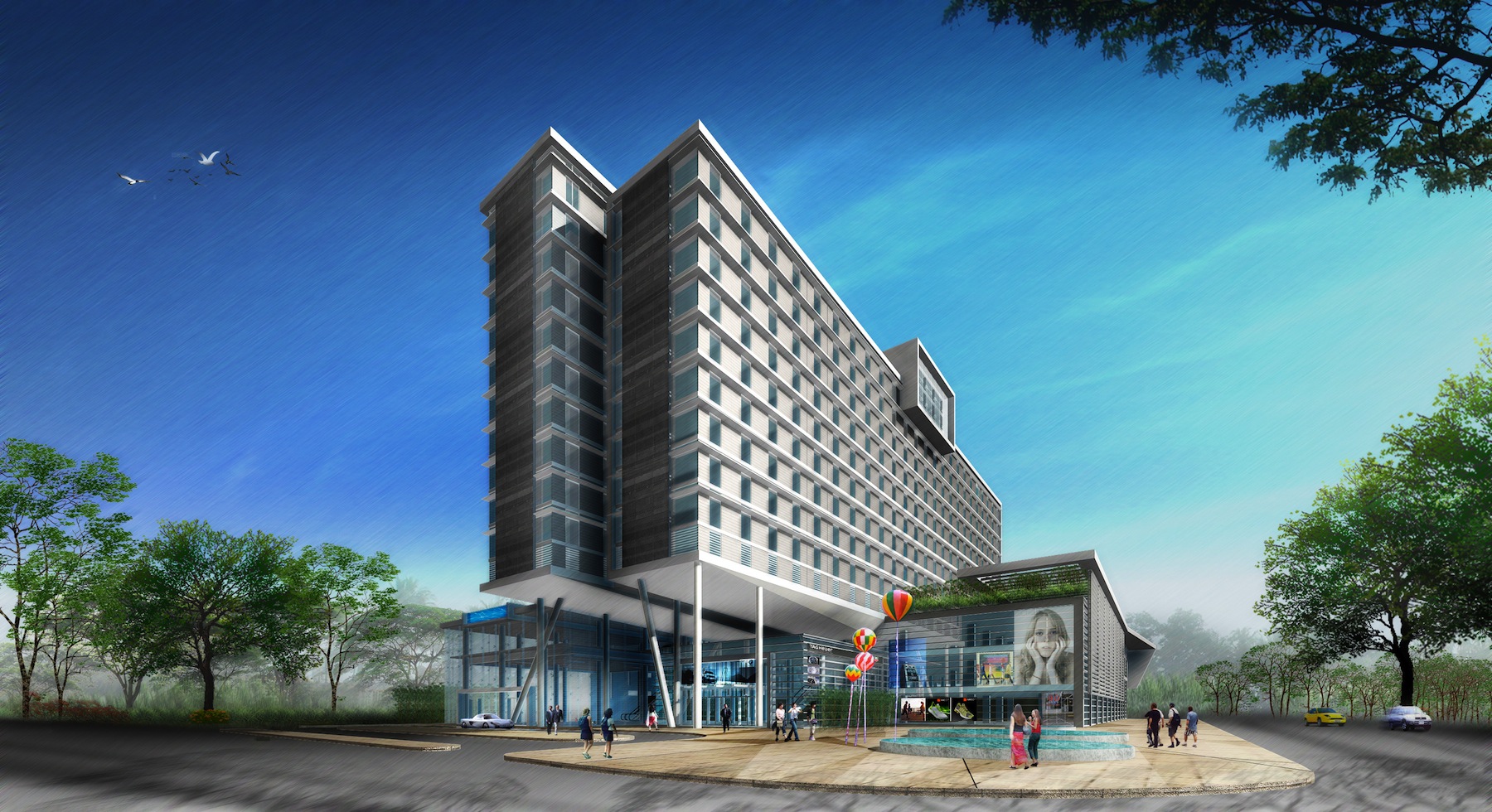