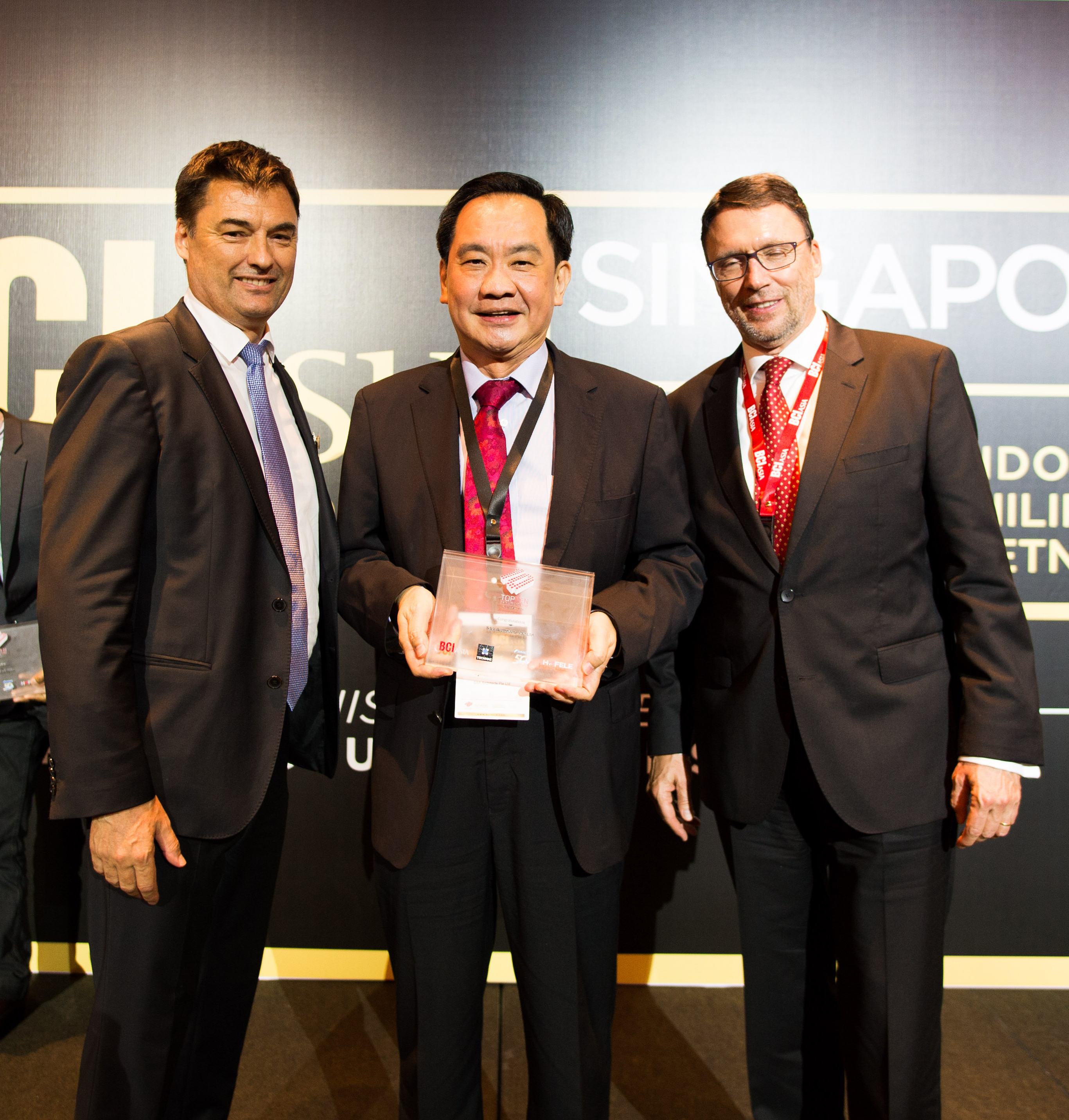 SAA received the BCI Asia Top 10 Architects Award for 2018, with Senior Director Tjen Hian Ka accepting the award on behalf of SAA at Conrad Centennial Singapore. This is the ninth time the company has received the accolade and been placed in the top 10 since 2009.

Established 14 years ago, the BCI Asia Awards have since been held annually in seven Asian regions, namely Hong Kong, Indonesia, Malaysia, Philippines, Singapore, Thailand and Vietnam. The BCI Asia Awards remain one of the most coveted awards in the regional building industry and serves as a platform for networking both domestically and internationally.